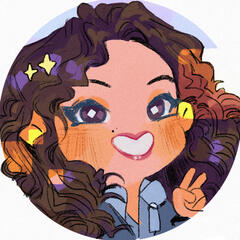 'There are demons in my body. The sick growth of my ignored emotions, crawling and scratching and feeding on my insides. They take my hunger away. My will away. My every thought. My every breath. What’s a writer without words, when the will those words came from is now overflowing with venom. I feel like throwing up. I don’t want to think, but the demons have taken over my head. Nowhere to run away, now.

There's ink in your veins. Write it down, they whisper. Maybe we will be free then. Draw it. Paint it. Tattoo it on your body, make it eternal. We just want to be seen, they whimper, makes us real.

You know you are alive when you bleed.

You can find some of my works here

Writer of fanfiction and original fiction. If there are dragons and magic, better. Always talking about love in all of its forms. I write LGBT+ literature because it's unthinkable to me to write a story in which little E. wouldn't be able to see herself.

I write in English and Spanish.

I also design epubs as well as covers.

For questions, requests or just your thoughts: don't hesitate to contact me.